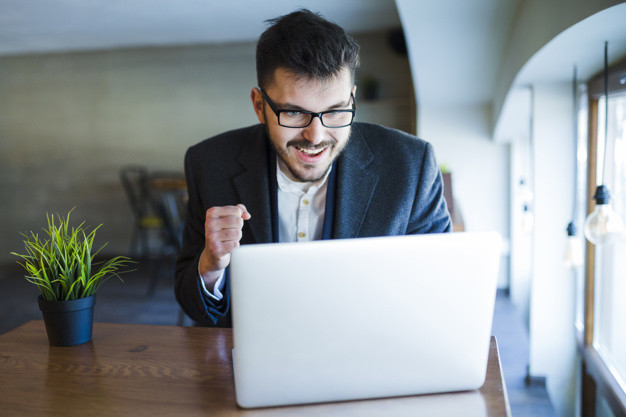 For years, Hong Kong has been recognized as one of the most prominent business, financial, and banking centres.

The Heritage Foundation ranked Hong Kong as the world’s freest economy and awarded third place in the World Banking Report. It had been widely praised for its judicial system, beneficial business environment, and great opportunities for foreign trade and investment. It also enjoys a favourable geographical position, being the closest gateway to mainland China.

But what truly affects Hong Kong jurisdiction’s popularity in terms of an offshore business establishment are its low tax regimes, economic stability, ease of offshore company setup, and absence of foreign exchange control. Furthermore, unlike the other world-renowned tax havens like Bermuda, Cayman Islands, or the British Virgin Islands, Hong Kong does not have any specific laws that govern offshore company formation. This classifies the city as a mid-shore jurisdiction, which makes it one of the most favourable options on a global scale.

As such, the city is a fertile soil for offshore businesses, investments, and international activities.

As stated, Hong Kong has a favourable geographical position due to its great connectivity with China. As a result, its port is one of the busiest in the world and represents the country’s largest industrial area. This makes Hong Kong attractive for all companies looking to conduct business with Asian giants based in, not just China, but in any of its high-tech neighbours like Japan, Korea, and Taiwan.

Unlike in the majority of other jurisdictions, Hong Kong does not require businessmen to go through the tedious bureaucracy. There are no particular authorizations required by the government authorities for the offshore company setup, and the entire process can be finalised in not more than 7 to 10 business days.

The offshore company can be established either by registering new or purchasing a shelf company (the company which exists on paper but contains no assets or liability). The overall costs tend to be higher in the latter case.

Hong Kong is recognized as one of the lowest taxes in the world. The corporate income tax rate is 8.25% for companies which assemble profits up to 2,000,000 HKD, and 16.5% for profits higher than 2,000,000 HKD. What is more, no capital or income tax, estate duty, nor VAT/GST are imposed on dividends or interest. Royalties to non-HK companies are also exceptionally low, varying from no more than 4.95% to 16.5%.

This all applies to foreign-sourced income, which makes any offshore company free from tax liabilities. This view has been endorsed by an Organisation for Economic Co-operation and Development (OECD) since Hong Kong is committed to the international standard on tax information and exchange.

However, setting up an offshore company in Hong Kong is not completely free of charge.

During the setup process, you are required to pay for the provisions of company secretary and registered office address. Also, a one-time payment to cover government fees is obligatory and it includes the certificate of incorporation and business incorporation fees.

Note that some foreign businessmen decide to hire a specialised company to incorporate a company to avoid travelling to Hong Kong. This minimises the amount of legwork you need to complete but adds to the overall cost. Considering, it is up to you to decide whether it is a more economical option in comparison to the overall costs of travelling to Hong Kong to do everything on your own.

Although it holds the status of the Special Administrative Region of China, Hong Kong has its own economic, political, and judicial frameworks and sets its economic policies under the Chief Executive’s management. According to a Political and Economic Risk Consultancy (PERC) survey, it is the second best bureaucracy in Asia.

But what the majority of foreign investors and businessmen appreciate about Hong Kong is the fact that it is governed by a Western legal system. This makes it transparent and familiar, thus encourages businessmen to headquarter their companies in a kindred environment.

First off, offshore companies are offered RMB exchange, meaning that the Chinese currency will be used as a global currency for all products and services. Consequently, exchange rates are far more attractive, making all foreign transactions cost-effective.

More importantly, Hong Kong is a solid financial centre which continually invests in the modernisation of this sector. In fact, it holds the title of an international hub for FinTech startups by being open to the adoption of alternative payment solutions powered by IT.

Generally speaking about these advancements, we can notice how payment processes have been simplified and made more secure. International transactions, in particular, enable better overseas business activities and management.

How this came about?

Hong Kong banking system not only invest in digitalisation continually to adapt to modern consumers’ needs, but alternative payment solutions also arise as an answer to an ever-present question of security.

Unicard’s Mastercard Prepaid Card stands out as one of the solutions, with its advanced features. It is not tied to any bank account. It is our prepaid card, meaning that you can only spend the funds you have tapped on the card. This feature also acts as an additional layer of protection against potential breaches, as all transactions are protected by an exceptional security system.

Another benefit to be added to the list of benefits of the Mastercard Prepaid Card is that its streamline tracking feature of all transactions via mobile app, better financial management, managed corporate spending, to name just a few.

Aside from the rise in credit card payments, Hong Kong is also seeing the growing popularity of eBanking and mobile banking that further contribute to the versatility of options to manage your offshore company’s finances. Taking all this into consideration, there are no surprise why multitude of businessmen from around the world sees the potential for growth in this metropolis.

Forming an offshore company will allow an international business to conduct trade in a more cost-efficient manner, defer taxes and allocate their funds to cover more urgent matters, as well as better manage transaction costs by evading exchange rate risks.

Hong Kong is a business-friendly environment where an offshore company will enjoy minimal government interference and the absence of foreign exchange control, and will also rely on a stable currency and low taxation rates. Finally, with continual improvements made to its banking system, the process of handling international transactions will be hastened, simplified, and secured.